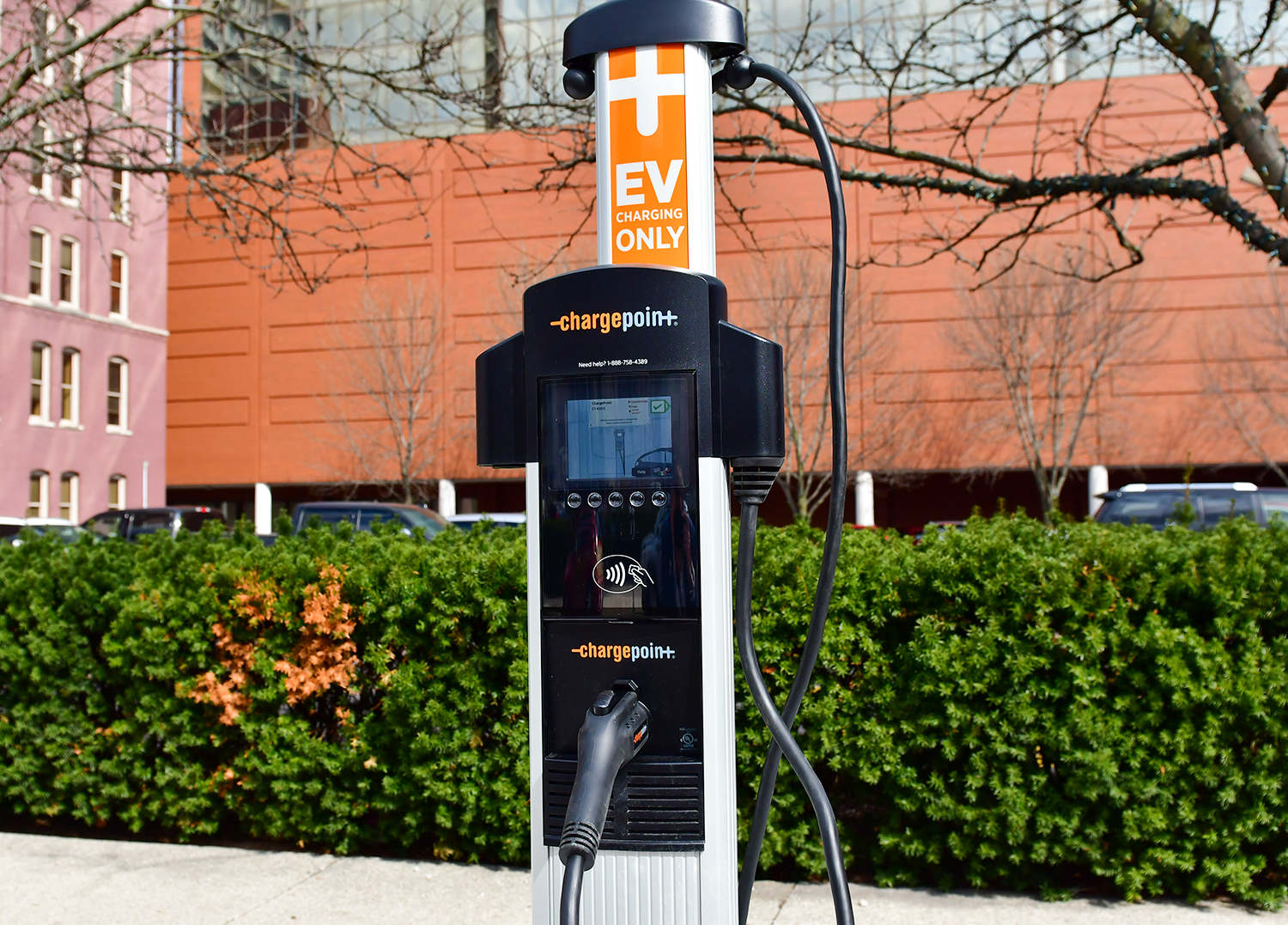 Some of us are still having a hard time wrapping our heads around the idea that there could be 35 million Electric Vehicles (EV’s) on the roads by 2030, but have you heard that the next way to power cars will be through solar energy?

Before exploring the future of solar powered vehicles, here’s a quick recap of the progress of electric charging stations in Fort Wayne. Fort Wayne's Public Works Division has installed eight EV charging stations at several locations throughout the community and will be installing another twenty or more this year. You can find their locations here.

"The momentum at which electric vehicles are moving forward has been pretty impressive," said City of Fort Wayne Public Works Director Shan Gunawardena. "The automobile industry is planning on having an electric option in pretty much every standard model that is going to be available probably within the next five years. Having infrastructure was a big first step we needed to make. We just wanted to make sure we were not left behind, because we’ve done a lot of things here in Fort Wayne to attract economic development. We didn’t want a lack of electric vehicle infrastructure to be a reason why people didn’t want to come to Fort Wayne.”

Charging EV’s does take much longer than filling up your gas tank, and at this point at-home chargers aren’t cheap, so you’ll be happy to hear that in the future you may be able to charge your EV while you’re driving. There are several projects underway to provide power within the road or on a strip running along the road.  These “pads” will transmit electricity wirelessly to receivers that are mounted under your vehicle. The Indiana Department of Transportation and Purdue University are working on this concept.

Now that you’re starting to imagine the possibility of owning a much quieter EV that will be better for our planet because it doesn’t rely on fossil fuels to operate, try to imagine a vehicle that runs on a free, natural and renewable energy.

Solar powered electric cars may be available for purchase as soon as this year! The concept is very similar to the way a house is powered by solar panels—by converting sunlight into electricity. There’s a great article that lists the many pros and cons of solar cars. And if you want to take a look at some of the existing solar vehicles, take a look at this video.

“Another important consideration is the emergence of solar powered charging stations,” said Director Gunawardena. “We’re looking into the concept of charging stations on solar powered buildings as we remodel the Avenue of Autos, three buildings we recently purchase in order to relocate a number of City of Fort Wayne functions for maximum efficiency.” Here’s an article for more information on that concept.

Turning to electric vehicles or solar cars in the future will do much to help protect our planet. But until we have more access, and even after we have more access to these improved vehicle powering options, the best way to protect the environment when traveling from point A to point B is to opt for an active form of transportation like riding a bike or walking—whenever that choice makes sense. Luckily, our Fort Wayne Area Trails Network consists of nearly 129 miles of trails with 97.4 miles inside City limits.

We encourage you to enjoy our trails and we’ll do everything possible to keep growing them, along with the necessary infrastructure to keep your vehicle moving.