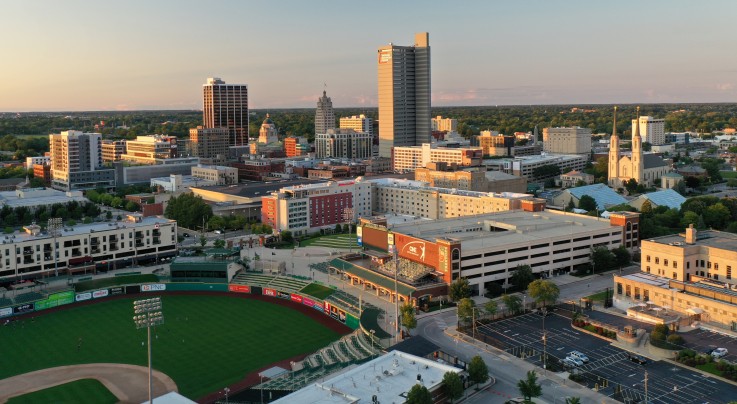 Safety Tips on the Trails

August 11, 2022 - The City of Fort Wayne will be ending their storm debris collection service for residents impacted by the June 13 and July 5 storms by Friday, August 19, when all requests for debris removal will be completed.

More Brewing Company, which has three locations in the Chicago area, is planning to invest approximately $6 million to build a two-story, 16,000 square foot restaurant and brewery, located just north of the riverfront public space and near the intersection of Fourth and Calhoun streets. This would be the first project to be constructed at North River.

August 8, 2022 - Fort Wayne Animal Care & Control has received a grant of $37,135 from the Orphan Kitten Club to support the shelter’s growing foster department.

August 5, 2022 - Fort Wayne UNITED today, in partnership with Mayor Tom Henry and collaborating organizations, announced the launch of United Front Youth, the newest installment of the United Front Initiative to bring the community of Fort Wayne together to attain racial healing, equity, education, and organizational transformation by developing shared knowledge and understanding around various topics related to diversity and inclusion.

August 5, 2022 - The City of Fort Wayne Administration today announced a solid waste rate resolution and ordinance will be introduced to City Council on Tuesday, Aug. 9.

In partnership with City Council, the resolution calls for a portion of the City of Fort Wayne’s allocation of American Rescue Plan Act (ARPA) funds to be used to pay eligible Solid Waste Department expenses. To delay an adjustment to the solid waste rate, City Council will be asked to approve setting aside up to $10 million of the ARPA funds.

August 3, 2022 - Stephanie Crandall, Director of Intergovernmental Affairs for the City of Fort Wayne, was selected for the Senior Executives in State and Local Government program at Harvard University’s John F. Kennedy School of Government. She spent three weeks on campus with 70 elected and appointed officials from around the world to consider current challenges and opportunities in public service. Crandall was the only representative from Indiana.