SUMMARY OF THE FORT WAYNE BOARD OF PUBLIC WORKS

A resolution of the Fort Wayne Board of Public Works revised a policy for the utilization of City of Fort Wayne street light poles for displaying banners. This policy has two segments. One providing guidelines for banners in the Fort Wayne Central Business District, herein called CBD Banners, and the other providing guidelines in locations other than the Central Business District, herein called Neighborhood Banners.

The purpose of permitting banners in the Central Business District (CBD) is to provide a festive atmosphere in the area. Banners will help to beautify downtown and reflect activities taking place in the City. They will be designed to attract the attention of vehicular as well as pedestrian traffic in order to promote activities and events of interest to the entire community.

Areas of particular interest, such as Freimann Square, the City-County Building, the Grand Wayne Center, the Performing Arts Center, and the north, south, east and west traffic corridors will be promoted as the primary areas within the CBD to display banners.

The purpose of permitting banners in neighborhoods is to provide for individual neighborhood name identification, local activities and events, and neighborhood recreational facilities.

In the CBD, all poles that are designated for approval to install banners are shown on the CBD Map. See instructions in A.1.

In neighborhoods, only certain poles belong to the City and some may not be approved by City Street Light Operations for banner display. Other poles, even though they may have street lights, belong to private utilities, e.g.: AEP, Verizon and Comcast. The City has no authority to grant permission to display banners on these poles. Permission to install banners would have to be obtained from the respective pole owners. All banners, however, that are to be displayed over public right-of-way must be approved by the City of Fort Wayne Sign Review Board and the Board of Public Works must approve the use of any City of Fort Wayne street light poles, according to the aforementioned resolution, based on the recommendation of City Street Light Operations.

All inquiries should be directed to the Supervisor of Traffic Signs & Markings at 427-1224.

2. Carefully read all procedures and specifications included in the package.

3. Complete the Banner Design Application for Approval form, the Banner Services Reservation form for CBD banners or the Banner Installation and Maintenance Agreement form for Neighborhood banners, and the Banner Location Request form. (All forms located in the package referred to in A.1.)

Artwork for proposed banners (in color and drawn to scale) must be provided for review and approval.

4. Return the three forms along with the artwork to the Transportation Administration office, Citizens Square, 200 E. Berry St., Suite 210 shown in A.1. or complete and return the forms on line per the instructions on the website.

5. The Banner Design Application for Approval form and artwork will go to the Sign Review Board (SRB) for review and approval. Applicants are encouraged to contact the SRB staff prior to submitting the Approval Form at 427-1140, to discuss design proposals. Applications received by the end of the first week of the month will be considered by the SRB during the meeting that month to allow for SRB staff review prior to the meeting. The SRB reserves the right to refuse a banner design.

It is strongly recommended that no banners be produced prior to the issuance of a Certificate of Approval from the Sign Review Board and approval from Traffic Operations Sign Division.

It is also recommended that all forms be completed and returned as early as possible, but no later than 60 days before the beginning of the month in which banners are to be displayed. The City reserves the right to deny banner service to any organization which submits late forms. Forms will not be accepted prior to one year before the banners are to be installed.

In the CBD, the two month period from mid-November to mid-January is reserved exclusively for banners reflecting holiday related activities and events and sponsored by not-for-profit organizations. All such banners must meet the requirements of Section I, II, and III under the Banner Service Policy of the Fort Wayne Board of Public Works Banner Resolution.

B. BANNERS PREVIOUSLY APPROVED BY THE SIGN REVIEW BOARD

2. Complete only the Banner Service Reservation form for CBD banners or the Banner Installation and Maintenance Agreement form for Neighborhood Banners along with the Banner Location Request form. (All forms located in the package referred to in A.1.)

3. Return these forms, along with a copy of the previous SRB Certificate of Approval or the SRB Case Number, as shown in A.4. at least thirty (30) days prior to the first day the banners are to be in place. The City reserves the right to deny banner service to any organization which submits late forms.

4. Traffic Operations will review the respective forms and report their recommendation to the applicant.

Map of the Central Business District

If you would like your banner to appear on any of the street light poles located within the boundaries of the following map, please download the Business District Package. (Requires Acrobat Reader.)

If the street light pole does not appear on this map, download the  Neighborhood Package.  (Requires Acrobat Reader.) 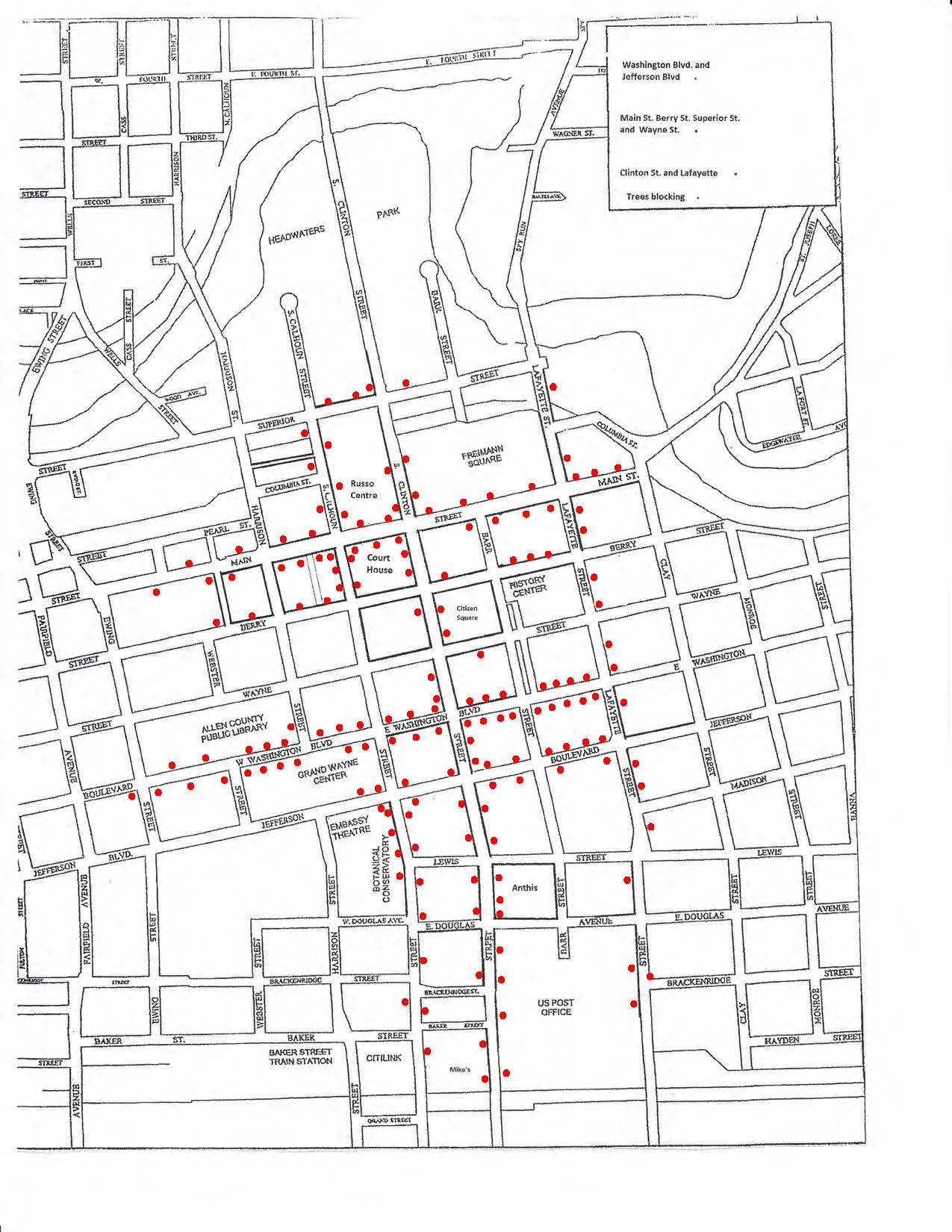 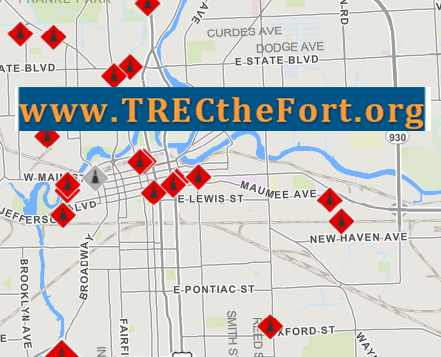